Skip to content
Where next for bitcoin Views:
Table of contents
'' '' ''

Where next for bitcoin

Where next for bitcoin 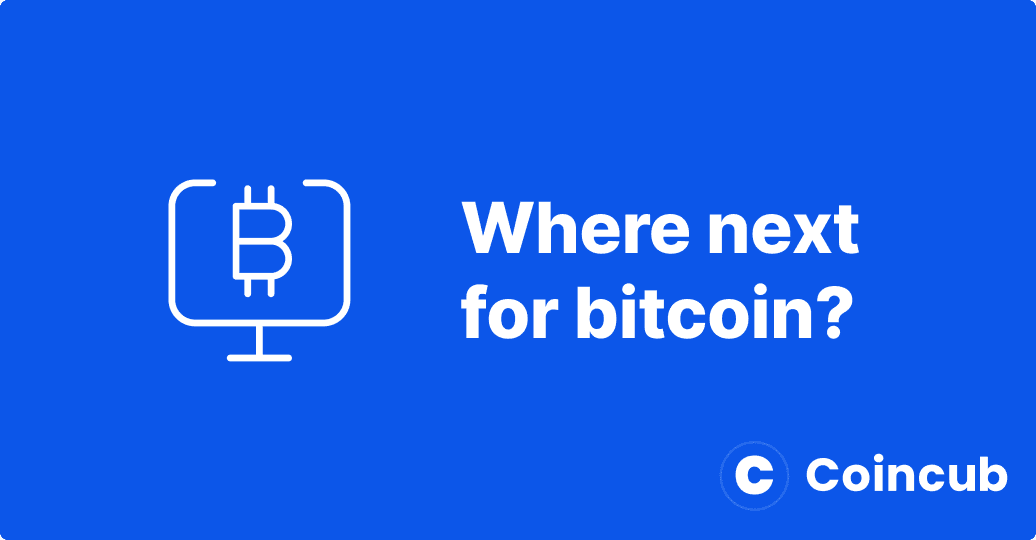 Events happen rapidly in the world of cryptocurrency. According to the Coincub crypto rankings for 2022 Q2, Germany and USA hit the top spot as the world’s most crypto-friendly countries with Pakistan and China sliding in the opposite direction following respective tightening on crypto regulation.

Now, in the space of a couple of months, Russia is working on drafting new classifications for cryptocurrency to bring it within the mainstream of the financial system through banks and licensed agencies.

Adding to the mixed messages, the price of Bitcoin dropped dramatically from nearly $70k down to $21k, making it a whole less valuable at the time of writing.  And yet as short a time ago as January bitcoin was being mooted as the ‘new gold’ with the prospect of its price hitting $100k according to one very well-known global investment bank.

Volatility is probably the prime reason why governments around the world are less than keen to advocate crypto to their citizens, let alone declare it as legal tender. Having rapid price volatility in shares is one thing, but when applied to an everyday currency it impacts negatively a far greater proportion of the population.

Bitcoin – as good as gold, or shares?

Bitcoin is the first and best known of cryptocurrencies but there are many more, each existing as a chain of computer code with blocks of activity verified by ‘miners’ using huge computing power, hence the blockchain name.

Unlike shares or the gold we dig out of a hole in the ground (only to bury underground again, usually) crypto is not linked to an asset. Yet, today, even traditional flat currencies such as the pound, dollar or euro, for example, are not linked directly to assets either. The worth of national currencies has been consolidated over time through their acceptance and comparative value on international money exchanges – supported, of course, by the strength of their respective national economies. Bitcoin floats freely, and its value accords purely to market demand for it – in other words, speculation.

One similarity that Bitcoin shares with gold, however, is that they both have the priceless gift of scarcity. There is only a certain amount of gold in the world (even if we find more) and it’s the same with bitcoin – there will only ever be 21 million of them, all quite impossible to counterfeit. So, where gold is seen as ‘inflation-proof’, bitcoin may or may not acquire the same status.

Classifying crypto is not easy. The best brains around the world in central banks and regulatory bodies offer a number of variations. According to where you live in the world it can be seen as a digital asset, as property, a commodity or simply as a means of exchange. In the latter case, transferring cryptocurrency needs no bank accounts and can be done swiftly and in some cases less expensively than traditional means of transferring money.

Plenty of countries around the world are also assessing the usefulness of  ‘central bank digital currencies’ (CBDCs). Many are even trialing them in limited applications or ‘closed environments’ such as in Sweden, which, according to the Coincub’s country guide, is the world’s foremost cashless society. Despite this, CBDCs aren’t quite the same as cryptocurrencies. Although the concept behind them is the same, bitcoin is still seen as an investment play and not what we would call an everyday currency. Oh yes, except in El Salvador and CAR which have declared it as legal tender – and as such, constitutes a bold experiment for the rest of the world to watch.

So where does that leave good old bitcoin, the coin that started the whole crypto phenomenon? Will it become the new gold, a legal currency or remain a useful transactor of ‘real’ currencies? Perhaps its value may become linked to something tangible – apart from scarcity and apparent ‘unforgeability’. For now, it simply remains a ‘store of value’ – you buy it, it has a price that may go up and down and you’ll never actually see it or use it (you can’t have a bitcoin tooth, for example), but its value is whatever the market says it is on that particular day. On that basis, plenty of people have already made very real fortunes from bitcoin… although you rarely hear about those that don’t.