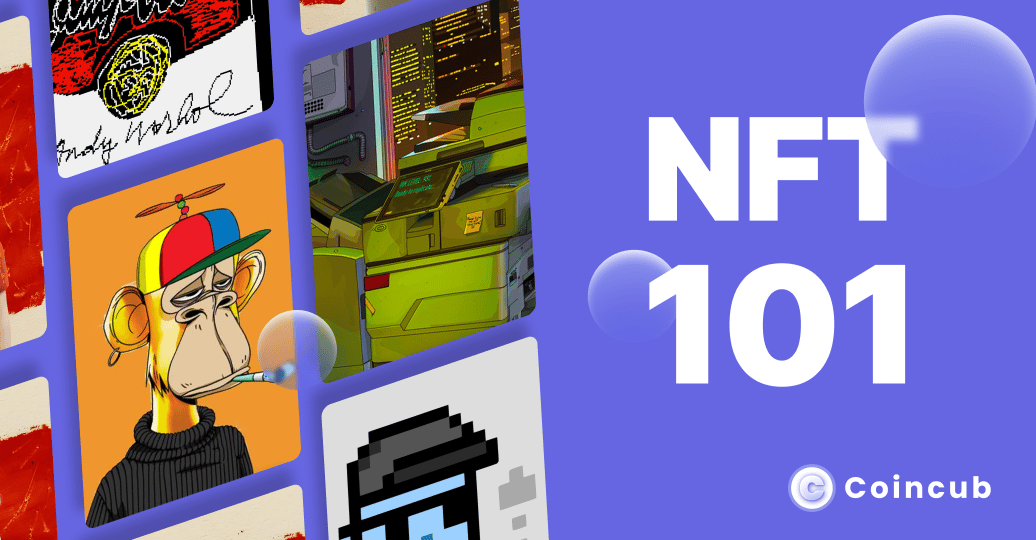 Why are non-fungible tokens (NFTs) such a big deal? When do you need to use them in your own applications? Is it possible to think of them as anything other than digital Beanie Babies? In this article, we’ll answer all these questions and more by going over the basics of NFTs. If you’re already an expert on this technology, feel free to skip ahead!

What are non-fungible tokens (NFTs)?

The term fungible describes something interchangeable. The best example of fungibility is money; a one dollar bill is worth exactly as much as another one dollar bill, making them fungible.

On the other hand, something that isn’t interchangeable but rather unique—such as art or collectibles—is called non-fungible. Non-fungible tokens (NFTs) are used to represent items and people in computer games and in virtual reality worlds.

Why are they important?

Non-fungible tokens are going to become an increasingly popular feature of blockchain projects. With Ethereum’s ERC721 standard just a few months old, we are already seeing games and exchanges that accept these tokens.

So what exactly is a non-fungible token (NFT)? In short, they are unique digital assets with unique characteristics or traits. Unlike traditional fungible currencies, NFT’s cannot be swapped for other tokens on a 1:1 basis; rather, each asset has its own value based on scarcity and demand. But how does NFT work? How do you store them? Are there any pitfalls for investors? Let’s dig in!

How do they work?

An NFT is composed of the digital object (image, etc.) and a cryptographic entry into a ledger that acts as a pointer to the object. So when someone right clicks your NFT, they have the image but no proof that they own the image.

NFTs need to be attached to some sort of blockchain. The most popular blockchain in use is Ethereum, though plenty of others like Tezos and Solana.

What is the Metaverse?

The metaverse is an umbrella term for expansive virtual environments. These can be video-game worlds (such as massively multiplayer online games), social networks (such as Meta, Facebook’s Metaverse project), or hybrids. Think Second Life and you’re on the right track.

In the context of NFTs, the “Metaverse” refers to virtual worlds in which players can buy or sell (sometimes even create) virtual assets and accounts.

How do you store them?

As an NFT is just a pointer to some data, they can be stored in a crypto wallet, like any other crypto token. When you buy an NFT using Ethereum on OpenSea or Rarible, for example, that NFT becomes owned by your Ethereum wallet – and until you send it to someone else, it’s yours.

Given that an NFT is just a pointer to some data, if the service hosting that data goes down, the data your NFT represents may become inaccessible. Link rot, a disturbingly common phenomenon where hyperlinks stop pointing to their original target, is a problem that affects NFTs. To combat link rot, some NFT projects use (or propose to use) distributed file storage technologies such as IPFS, Filecoin, or Arweave to ensure the data remains available.

Are there any pitfalls for investors?

NFTs, just like ICOs in 2017, have a lot of potential. There’s also a lot of expensive nonsense that will cause the unwise and the unlucky a great deal of financial (and possibly emotional) pain. The trick in the NFT space is figuring out what’s trash and what’s treasure. A great many NFT’s have no actual inherent worth or value beyond an arbitrary number assigned by the market. The NFT you buy for 100k today could be worthless next week. The valuation of NFT’s is also volatile, adding an additional layer of uncertainty on top of the normal (extreme) level of cryptocurrency volatility.

Generally, it’s a good idea to do stringent research before remortgaging your house to buy an algorithmically generated JPEG.

There are a number of projects looking to use NFTs as authentication mechanisms for websites, online services, and software licensing.

For example, software that requires a paid license to use (such as some Microsoft Office products, AutoDesk, etc) could issue the license as an NFT, and only let the software function if the user can prove they control the cryptocurrency wallet assigned that NFT. Depending on how the NFT contract is designed, users could be permitted to resell their software license once they no longer need it, with the original developer/publisher/creator getting a cut of the resale proceeds.

There are also attempts to use NFT’s to authenticate the provenance and ownership of physical artifacts such as physical artwork, or even deeds to the property.

One of the most notable use cases of NFTs is CryptoKitties, a game where users can buy and sell different cats (non-fungible tokens) that have unique appearances. Users can breed two cats to create a new, unique cat with its own appearance and attributes. The limited nature of these cats makes them popular collectors items among cryptocurrency enthusiasts.

CryptoKitties is a blockchain game that enables users to trade, collect, and breed virtual cats. Each CryptoKitty is unique because it is registered to one user account for life, and no two Kitties are identical. They may have similar features and characteristics but there will always be a distinguishing factor that makes one Kitty more valuable than another. As an example: In December 2017, a CryptoKitty called Dragon sold for $170,000 on eBay.

How can I get some?

So you’ve read up on the theory and praxis, and now you’re ready to buy some NFTs. You’re in luck – it’s super easy to get your hands on some NFTs.

There are multiple marketplaces selling NFTs. Some marketplaces are curated, while others are a free-for-all where anyone can list their NFTs.