Skip to content
Pleix interview and the future of NFTs Views:
Table of contents
'' '' ''

Pleix interview and the future of NFTs

Pleix interview and the future of NFTs 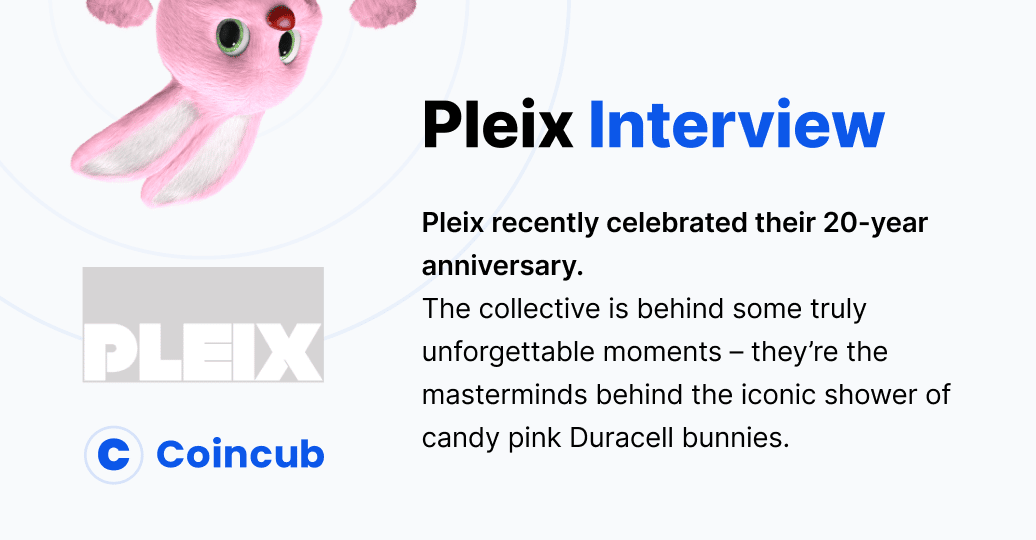 Even if you haven’t heard of French collective Pleix, you’ve likely already seen their work. The seven-person collective has collaborated with brands such as Heineken, Toyota, Amnesty, and Sony. Pleix recently celebrated their 20-year anniversary. It’s hard enough to get two creatives to work together – getting 7 multidisciplinary people to work together for 20 years with such an impressive output is truly a feat. The collective is behind some truly unforgettable moments – they’re the masterminds behind the iconic shower of candy pink Duracell bunnies.

Coincub spoke to Pleix to learn more about their history, creative process, and lessons learned along the way. 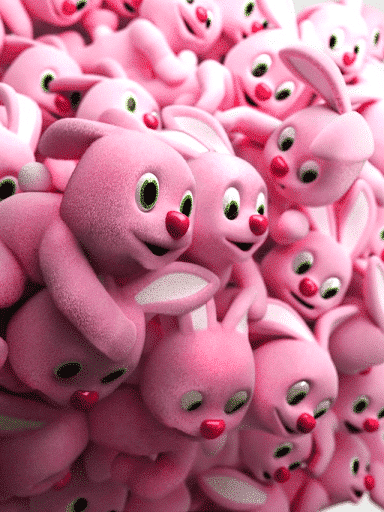 Pleix was created in 2001, when seven artists from different backgrounds united around a common interest in interdisciplinary work. From the beginning, Pleix has taken a collaborative approach. Each member is also a co-founder, and there are no rules. Projects are approached organically, with each member bringing their own skillset to bear when solving a problem. According to Pleix, the collective works “like a body, where each gives life to the other and it is the reunion of the whole that has meaning.”

Pleix originally started out working in the world of motion graphics, but quickly diversified into commercials, films, animation, art installations, print ads, and sculpture. Despite the disparate nature of the various mediums they work in, Pleix maintains that they take essentially the same approach to every project – aiming for boldness and elegance while remaining within the project’s confines. Over two decades of operations, Pleix has gained plenty of hard-earned wisdom that they graciously shared with us.

Do they have any idea why they became so successful? “It is probably this mixture between the form (inspired by the music video) and the content that must have aroused the interest, more than just an aesthetic bias,” said a spokesperson. “We were talked about as a subversive collective, I imagine that must be part of the trademark. “

Anything can get old after 20 years, even the most enjoyable pursuits. Pleix manages to stay fresh and engaged by alternating personal and commercial projects. Personal projects are more enjoyable, say the collective, and often the most creatively relevant works are the ones made on a shoestring budget and no intellectual constraints. Commercial projects with strict parameters can present their own intellectual challenge.

Worried about not getting something perfect? According to Pleix, mistakes can result in creative breakthroughs. According to one member, “most discoveries […] were actually failures or accidents. Sometimes you can misuse a software, a shader, a render engine… and discover jewel-like artifacts.”So go ahead and mess around – you might just find something incredible”.

Inspiration comes from the greats. The members of Pleix all have their own artistic influences, but after 20 years of working together, they’ve become blended. When asked about special influences, Pleix produced an eclectic list:  “Jean Giraud, Katsuiro Otomo, Andrei Tarkovsky, Michelangelo Antonioni …and many others.”What should interested parties watch out for? Pleix is collaborating on an NFT project with crypto analysis platform Coincub. On the physical plane, the collective is creating a permanent sculpture project in Luxembourg, which should go up this summer.