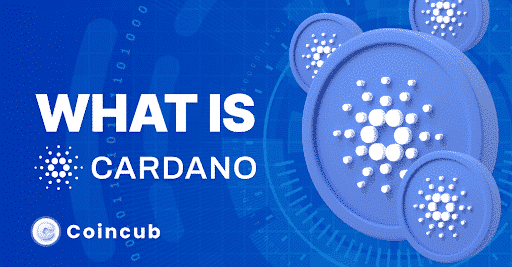 Since launching in 2017, the blockchain Cardano and its token ADA skyrocketed to prominence, consistently staying in the top ten most popular coins. What’s the big deal with Cardano?

Cardano was founded by Charles Hoskinson, the co-founder of Ethereum. Cardano is a fully Proof of Stake (PoS) blockchain platform that uses the Ouroboros blockchain protocol. According to the website, “Ouroboros enables the Cardano network’s decentralization, and allows it to sustainably scale to global requirements without, crucially, compromising security.”

If you’re in the middle of the climate anxiety/crypto enthusiast Venn Diagram, Cardano might be the project for you. Unlike Proof of Work blockchains (looking at you, Bitcoin), Ourobouros allows Cardano to scale with minimal energy requirements. This is achieved through “a combination of novel approaches, including multi-ledger, side chains, and parallel transaction processing through multi-party state channels.”

Currently, Cardano has a market cap of over 35 billion USD. Cardano is itself named after the 16th-century Renaissance mathematician Gerolamo Cardano. The native token ADA is named after Ada Lovelace, the world’s first computer programmer. Responsibility for Cardano is decentralized and divided between the Cardano Foundation, EMURGO, and IOHK.

How does Cardano work?

Cardano is a Proof of Stake blockchain. Unlike Proof of Work blockchains, where miners compete to solve problems within the block, Cardano allows ADA holders to stake their tokens with other holders in stake pools. In PoS, the more a user’s value increases, the more opportunities they have to maintain the Cardano ledger and earn transaction fees.

Since 2017, ADA has found massive worldwide success, partnering with companies such as Zoom, AirAsia, LiteBit, Grab, and universities like the Wyoming Advanced Blockchain lab at the University of Wyoming.