Skip to content
How do Bitcoin wallets work? Views:
Table of contents
'' '' ''

How do Bitcoin wallets work?

How do Bitcoin wallets work? 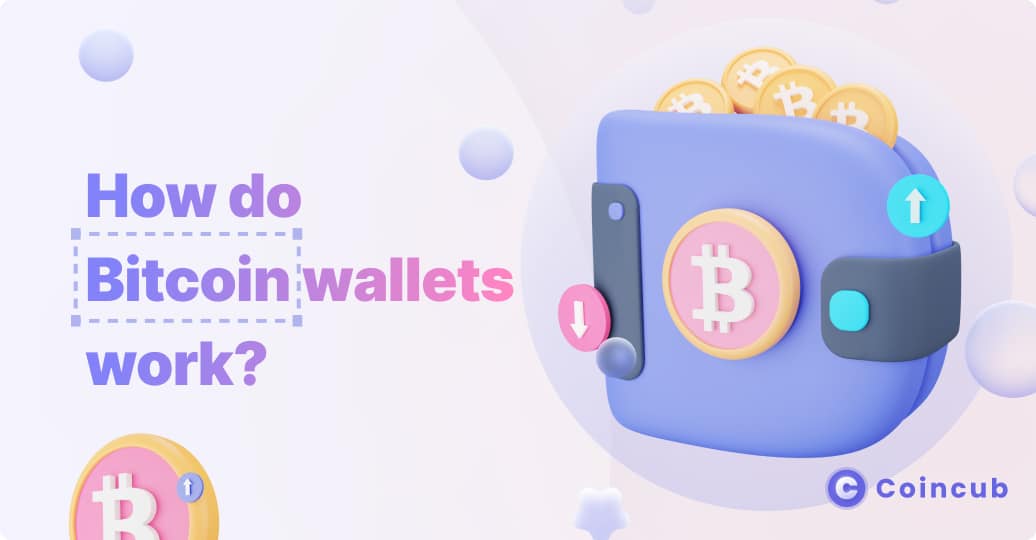 Bitcoin, and all other forms of cryptocurrency, are based on a branch of science called cryptography. Cryptography is a vast discipline with a very rich history that we will not explain in this book, lest we upset a cryptographer by omitting their favorite bit.

Cryptography refers to the study of encoding and communicating messages so that they can only be read by the intended recipient. This is a very simplified definition, and again, we apologize to all the cryptographers in the audience.

Cryptography is a fundamental part of our lives, and one of the main reasons that it’s possible to use chip payment cards and browse securely on the internet. It’s also one of the main reasons the Allies won the Second World War. The brilliant mathematician Alan Turing was able to improve on pre-war Polish methods of deciphering German ciphers, enabling the Allies to intercept and decode Nazi messages. This was enormously influential for the Allied war effort, and possibly shortening the war by 2-3 years. 1

Ok, cryptography is amazing. But how did the crypto in cryptocurrency get there? Bitcoin uses different cryptographic methods to maintain the security and accuracy of its transactions: asymmetric key encryption (or public-key cryptography) and hashing.

Let’s go through a scenario where Alice wants to send Bob private messages about Eve’s surprise birthday party without Eve finding out. Alice decides to use symmetric key encryption, so she needs to find a way to get the key to Bob. She sends it via SMS. Eve is a brilliant hacker with a tenuous grasp on the concept of privacy, and intercepts the message. Now she can listen in on Alice and Bob’s conversation while they send encrypted messages to each other. The surprise party is ruined.

It was the weaknesses in symmetric key based encryption that enabled Allied codebreakers to intercept keys and listen in on Axis communications.

With the private key, you can also sign a message, and people with the public key can verify it was you that signed it.
In Bitcoin, your public key acts like a bank account number address, and the private key is the ability to actually spend the money in your account. The problem facing public key encryption is called a man in the middle attack, where someone swaps public keys to reroute a transaction.
Alice wants to send Bob money. Bob sends Alice his public key, but Mallory intercepts Bob’s message and swaps her key for his. Alice unknowingly sends the bitcoin to Mallory, who promptly goes on a very long holiday to regions unknown.
That’s why the common phrase “trust but verify” exists. Always double-check that you’re sending a transaction to the right address, much the same way you would with bank accounts.

Wallets are defined as ‘hot’ or ‘cold’ based on their internet connection. Hot wallets are connected to the Internet in some form, while cold wallets are not. Each has their uses. Hot wallets take several forms: there are desktop wallets, mobile wallets, hybrid wallets, and exchange wallets.

If you download a wallet app or set up a wallet on an exchange, you’re creating a hot wallet. Hot wallets are usually easy to use, and great for making quick transactions. The main drawback for hot wallets is security. Since hot wallets are online, they are much more exposed to hackers.

One of the core tenets of Bitcoin’s philosophy is maintaining complete control over your assets in the form of your private key. When you control the private keys to your wallet, it is referred to as a non-custodial wallet. You can do whatever you want with that bitcoin whenever you want, and no one can stop you.

Cryptocurrency service providers like exchanges often offer custodial wallets, a type of wallet where you do not control the private key. There are risks associated with custodial wallet in the same way there are risks with any situation where someone else controls your money. You need to ask permission to exchange and withdraw bitcoin, and you can be kept out of the wallet entirely. There are plenty of cases where people have been barred from accessing funds stored in custodial wallets forever.

In order to use many exchanges and financial products, you will need to deposit some bitcoin into a custodial wallet. Since you don’t control the keys, it’s best not to keep more bitcoin on an exchange than completely necessary. Consider bitcoin stored in custodial wallets to be at-risk.

Mobile wallets are a type of hot wallet that typically take the form of apps downloaded on a mobile device. They’re portable, convenient, and designed to make transactions easy and frictionless. There are a few downsides to mobile wallets. If you lose or damage your phone, you could lose access to all of your funds. App stores have also removed wallet services in the past, making it difficult to receive necessary updates to keep your wallet secure.

Mobile wallets are a great choice for storing small amounts of bitcoin you plan to use on the go, but be careful about how much you keep in them.

Desktop wallets are run on your computer, and are generally more versatile than mobile wallets. You’re generally able to exert more control over your bitcoin. They’re often compatible with hardware wallets, allowing you to easily access bitcoins kept in cold storage.

Absolutely not. If you have too much bitcoin and feel the need to get rid of it immediately, consider sending it to me, the author. Or you could use a web wallet. Up to you!

If you have a lot of bitcoin, you’ll be keeping it in one of these bad boys. Hardware wallets are typically used as cold wallets, though it’s possible to mishandle them enough that they turn into hot wallets. The two respectable brands of hardware wallet are Ledger and Trezor.

What hardware wallets have in security they lose in usability. While hardware wallets are a safe way to store bitcoins, they can be a pain to use for regular transactions. Also, if you lose it and your recovery phrase, you are out of luck.

Paper wallets are essentially pieces of printer paper with your private key
written on it. If you’re the type of person that misplaces bookmarks, bills, and receipts, consider buying a hardware wallet.

Your wallet will generate this for you. If you have a recovery phrase, write it
down on multiple pieces of paper, and store them in different geographical locations.

Your public key, or bitcoin address, is generated from your private key. Normally, when you set up a wallet you will be given both a public key and private key.