Skip to content
The UK’s love and hate relationship with crypto Views:
Table of contents
'' '' ''

The UK’s love and hate relationship with crypto

The UK’s love and hate relationship with crypto 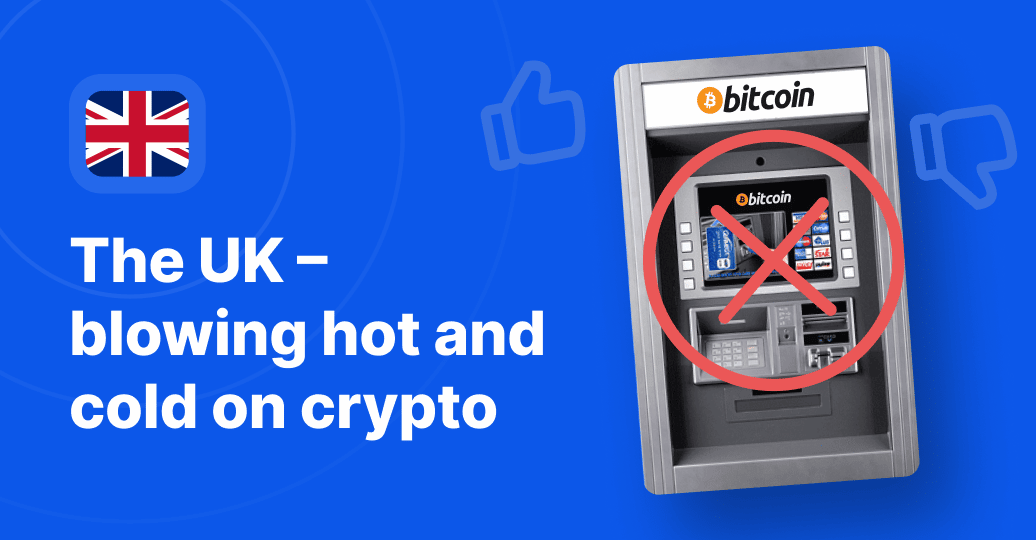 Recent reports of the death of crypto appear to be greatly exaggerated, especially in the UK where, despite dire warnings of a crypto meltdown, the banning of Bitcoin ATMs, and the Bank of England’s indifference to CBDC, the Government now wants to power ahead and develop the UK as a leading crypto-financial community.

When it comes to cryptocurrency, plenty of governments worldwide are not completely aligned with the views of their financial institutions, or even their central banks. Recent pronouncements by the Bank of England following prolonged assessment over the advantages, or otherwise, of a central bank digital currency CBDC concluded neither overwhelmingly for or against it. With words to the effect that digital currency was a solution in need of a problem, however, the Bank of England’s viewpoint was something less than a ringing endorsement. A CBDC is not really an out-and-out, free-ranging cryptocurrency like Bitcoin, of course, but you get the idea.

On the other hand, the UK government has now detailed ambitious plans for a more ambitious crypto strategy, one that would position the UK as a leading global hub for cryptocurrencies and fintech. Sounds impressive, but this strategy is something a host of governments around the world have either embarked upon or plan to, from Singapore, Malaysia, Australia, and Switzerland, to, yes, the Central African Republic, Kazakhstan, and El Salvador – but not always with the blessing of their institutions. The latest development in the CAR of designating Bitcoin legal appears, for example, looks like a purely political decision.

The development of the crypto economy in the UK is one of those that has been largely market-led – as you would expect in a leading financial country. It has grown and developed ad-hoc without a clear strategy or progressive legislation from Westminster. The banning of some 80 UK Bitcoin and cryptocurrency ATMs, following a March 2022 announcement by the Financial Conduct Authority FCA, is in reaction to the concerns that ATMs are unlicensed and facilitate money laundering. Companies detected unlawfully using these machines may face penalties and criminal charges. To date, the FCA’s stance on crypto generally has been highly cautious, to say the least.

Seeming to run contrary to the current political position on crypto is the Government’s announcement this May that the UK is to create the clear legislation needed to support the crypto economy and position the UK as a leading crypto and blockchain financial hub. On the table are a number of objectives: the regulation of stablecoins in order to help promote their acceptance within the UK payments framework, and the creation of a legal foundation for the operation of Decentralised Autonomous Organisations DAOs, giving them a sound legal basis and providing transparency and confidence to the marketplace, to name but two.

There is also the prospect of the Royal Mint creating a non-fungible token NFT to be issued this summer, but overall, is the UK taking the crypto lead – or just catching up? Taxation, of course, is never far away from any government agenda and part of the UK’s crypto initiative is the need to formalize the current tax implications brought about by decentralized finance and the trading of crypto assets – hopefully, that also means simplifying them.

Whilst the UK moves steadily and cautiously forward, in a similar vein to the likes of Canada, Australia, and Italy, others such as Germany and Singapore look to be taking Bitcoin by the scruff of the neck. Germany, especially, has now cleared the way for Bitcoin to play a hefty part in the portfolios of some 50 million potential investors in the national savings institution, the Sparkasse. The country also has created specific and favorable tax guidelines for dealing with crypto gains from trading.

A hospitable place for crypto?

In the UK the Government does not believe that the current tax treatment of digital assets will need to change much, aside from specific considerations, but will include categories of digital assets within its list of allowed transactions and guidance on the availability of the relevant UK tax exemptions.

Sandboxes are a prevalent feature in dozens of crypto economies around the world, enabling the controlled study and assessment of blockchain companies and crypto service providers in the marketplace. The Financial Conduct Authority’s latest Financial Market Infrastructure Sandbox will do the same. There is also a newly created body, the Cryptoasset Engagement Group, comprising financial heavy hitters from the private and public sectors, specifically to discuss the trajectory of the crypto-asset industry and how best to support the industry’s growth – all over lavish lunches, possibly.

Contrast this with the latest news that financial giants Goldman Sachs, and Barclays have joined a $70 million Series A funding round for the institutional crypto trading platform Elwood Technologies demonstrating just how the financial marketplace marches onwards, in spite of the recent price falls.

So, it looks as if the UK is stepping up its crypto game but on the Coincub worldwide crypto ranking, the UK only sits at a respectable 12th in the table, with the likes of Germany, the US, Canada, Singapore – and the old enemy, France – all ensconced in the top ten. The Government’s belated burst of crypto enthusiasm may do what it says on the tin – and turn the UK into a ‘hospitable place for crypto’ – but for now there’s a way to go.