Skip to content
How to invest in the metaverse Views:
Table of contents
'' '' ''

How to invest in the metaverse

How to invest in the metaverse 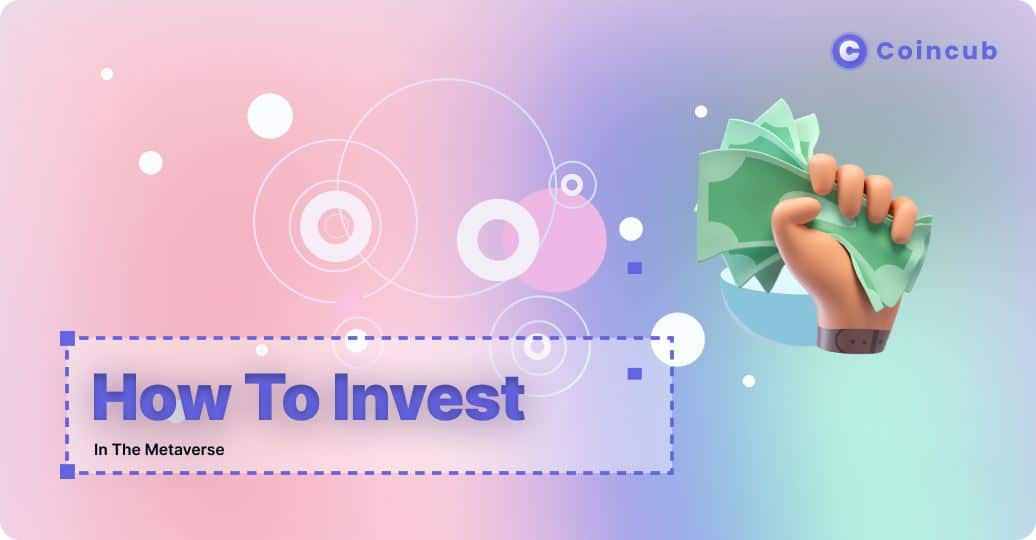 The future and the Metaverse

It is rare to be talking so specifically about something that doesn’t yet exist.

That is the situation in which we find ourselves when talking about the metaverse. The impact of the metaverse has been likened to the explosive growth of the early internet in the late 90s, the smartphone wave in the late 2,000s, and the tablet quake of the 2010s.

Now even this needs some explanation as one of the central ideas of the metaverse is that there will be a rich, innovative financial landscape inside the metaverse, where significant digital asset and digital real estate markets are expected to exist. This is not about investing in those kinds of activities. This article will focus on investment opportunities in the metaverse stemming from those companies developing the technologies, protocols, and applications that will bring the metaverse into being.

Some of the technologies powering the Metaverse

The most immediate aspect of the metaverse that will provide investment opportunities is the human-computer interface (HCI) technology by which people will experience the metaverse. All definitions of the metaverse specify that it will be immersive. This means the likes of augmented and virtual reality (AR/VR) hardware of some sort. Think Hololens, Occulus, Google Glass, et al, for headset/viewer type arrangements for an immersive presentation of the metaverse.

As we discussed in the metaverse technology piece, the requirements for a headset will be lightweight (a kilo or less), wireless, have a powered working time of three hours or more and start at affordable price points (under a thousand euros). This doesn’t yet exist in a mass-producible device. Innovation in this space is already progressing, and due to the multiple uses of this kind of device for gaming, training, tele-skills, etc, it is most likely to produce early breakthroughs. For early investment value, this is probably a good bet, with early front runners and fairly well-known names making for relatively safe punts.

Another fairly safe, though perhaps more of a longer-term, opportunity, is with the pure networking players. The metaverse, due to being a fusion of characteristics of the likes of massive social networks, multiplayer games, online conferencing and more, will require new networking technologies beyond what we currently have underlying the internet. Synchronous environments on a massive, persistent scale will be a challenge. Those companies that already make the backbone hardware of the internet will likely spend a lot to understand the challenges and implement the open protocols that will enable the metaverse. Incremental developments will gradually build in the innovations to the critical infrastructure of the internet and will be the early platforms for the first incarnations of the metaverse. Share prices will likely reflect early successes, and despite the expectation for open standards and protocols, previous patterns of adoption have shown that private companies that provide the best implementation of open infrastructure still benefit from de facto standard status.

The next area of investment is around the platform infrastructure that will be the effective landscape of the metaverse. For some indication of how the metaverse is likely to operate, we can take the Web3 phenomenon as a guide. The democratized, decentralized nature of Web3 will be incorporated into the metaverse in various ways. Therefore, the reliance on blockchains and decentralized finance structures will mean that blockchain platform providers and crypto exchange companies will play a central role in bringing together many of what are seen as the key characteristics of the metaverse. The ability to roam from environment to environment within the metaverse, taking elements of identity, spending power and financial history with you will be enabled through these providers who are already pioneering these capabilities elsewhere. Again, there are many fairly well-known names in this space that would represent safe bets for investment that will be longer-term opportunities as they develop within metaverse platforms.

The applications move to Metaverse

The sheer number of permutations of possible digital capabilities means that it is nearly impossible to say what will emerge or what will be successful. Just like we still can’t say for definite what will go viral in the digital world, it is nigh on impossible to say just what metaverse application might take off in the manner of a Twitter, or Tiktok or even an Angry Birds. This area, like many such investments, will likely provide the greatest single opportunities. Hard to predict, hard to identify, but with the potential for explosive adoption. There will be an intense early-stage investment in a wide range of companies, but the failure rate is likely to be even higher than in previous experiences like the dotcom bubble and the Web 2.0 round. Caveat emptor!

The final thing to consider is that new entities will emerge from the early years of usage of the metaverse. Again, this is pure speculation, but it is reasonable to extrapolate as all of these new capabilities combine to produce usages that we can’t yet conceive of, there will be entirely new services offered to support users. In much the same way that people became competitive eSports stars, while others became professional World of Warcraft players trading earned digital assets for real money, the early metaverse is likely to throw up some interesting new services and professions. As some commentators speculated that a future online service might be the curation of your entire online footprint after your death, the early metaverse might produce similar opportunities. Previous patterns of development have shown that adjacent services or overlaps can adapt to new usages to produce new services, and consequently, investment opportunities. This might be everything from digital sightseeing buses to digital town criers, and more. Imagination might well be the only limitation, as any such innovations are likely to be developed and implemented faster than ever before on the back of instantaneous technological capabilities.

Despite not yet existing, money is already being made from the metaverse. The opportunity is immense, evolving and yet ethereal. Fortunes will be made and lost, regularly. We have seen much of it before, in various guises, but no one has yet been able to express the entirety of it and there lies the opportunity. In that cloud of expectation and intent, tempered by uncertainty, there is more than a glint of digital gold.

Paul Hearns
7 months ago
BitcoinCBDCsCryptoTax
The Coincub’s crypto continent ranking for 2022
Which continents lead the way in crypto adoptions, and which are falling behind? Do continents display individual traits and characteristics? And is ...